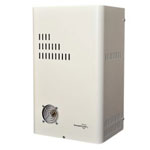 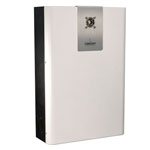 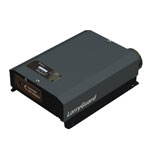 In the event of a burglary or robbery, you naturally want the burglar or robber to be eliminated as quickly as possible. A good way to do this is to use a fog generator. A fog generator creates a dense cloud of fog in seconds, giving the burglar or robber only a few centimeters of visibility. As a result, the chance that burglars or robbers can loot valuables is immediately very small. At the same time, the severely impaired vision causes the attacker to be disoriented, greatly increasing the chances of arrest.

How does a fog generator work?

A fog generator is placed in the space it is supposed to protect. The fog generator can be activated in several ways. For example, it is possible to link it to an existing or new alarm system, so that when the alarm system is activated, the fog generator switches on automatically and immediately fills the room with fog. The advantage of this is that the alarm system warns the police, so that they are already on their way if the burglar or robber still tries to find his way through the fog.

Advantages of a fog generator

A fog generator has several advantages. The main advantage is the preventive effect against material damage in the event of break-ins and robberies. After activation, the fog generator only needs 10 seconds to completely fill a large room with fog. Once the room is filled with fog, visibility here is a maximum of 30 centimeters. This visual limitation makes it impossible for burglars and robbers to find any loot. At the same time, the disorientation of the fog slows them down in movement, increasing the chances of police arresting them. A fog generator can also be used to protect people in potential hostage situations.

Fog generators are easy to place in almost any location and can simply move with you when you move, after which they can be reinstalled in the new location. Moreover, the fog is not harmful to people or things.

We have various fog generators for different situations in our range. You can choose from the brands SmokeCloack, Grumpy and LorryGuard. Before purchasing the fog generator, consider the size of the room that you want to protect and whether it is a room in a building or a means of transport.